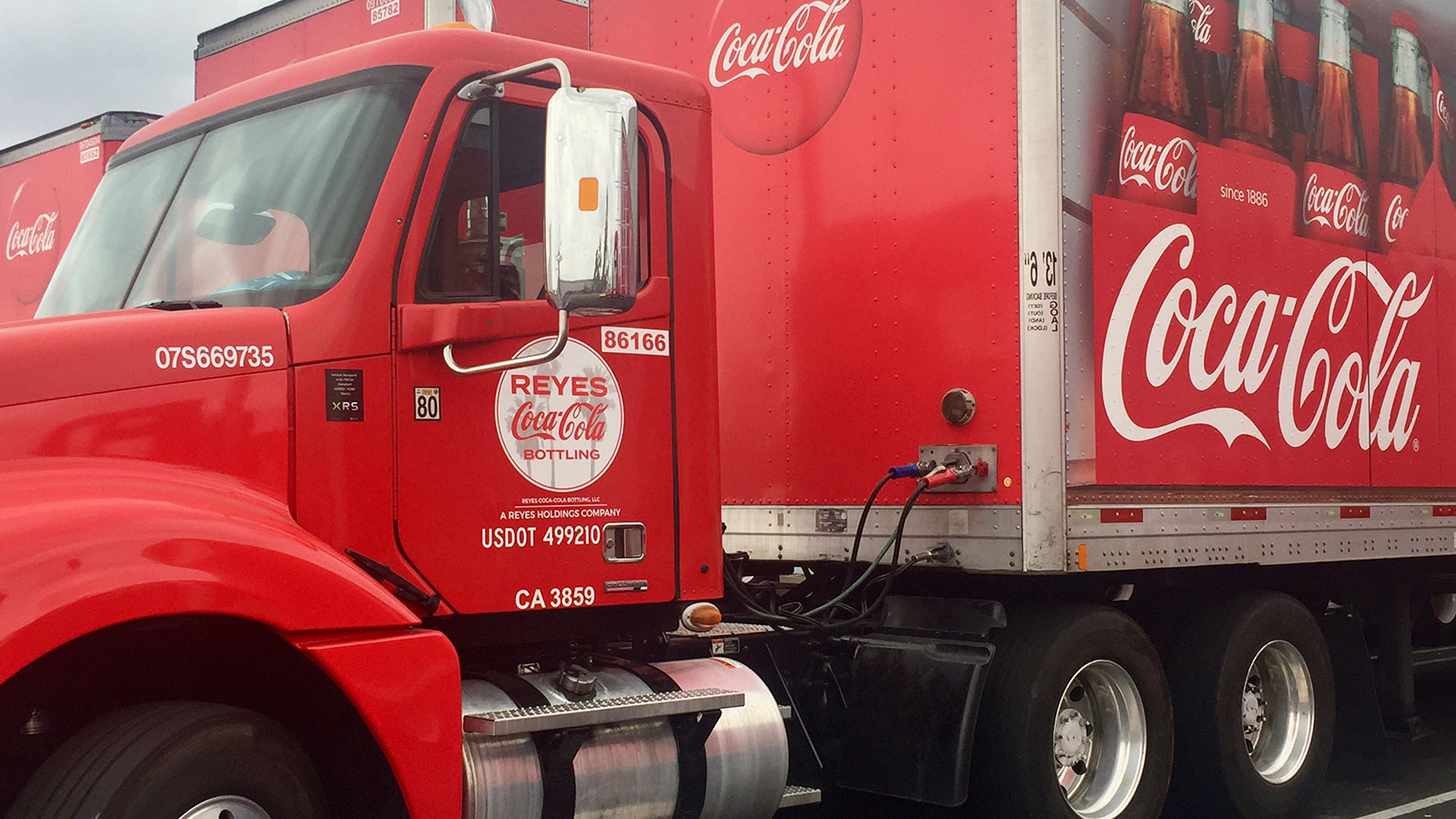 ROSEMONT – October 27, 2017 – Reyes Holdings, L.L.C. announced today that it has closed on a previously disclosed agreement with The Coca-Cola Company. Reyes Coca- Cola Bottling, L.L.C., a wholly owned subsidiary of Reyes Holdings, has officially been granted and formally transitioned distribution territories and production facilities in California and Nevada, including the major metropolitan markets of Los Angeles, San Francisco, San Diego and Las Vegas.

“We couldn’t be more thrilled to expand our Coca-Cola operations into California and Nevada, and welcome Reyes Coca-Cola Bottling to the Reyes Family of Businesses,” said Chris Reyes, founder and co-Chairman of Reyes Holdings.

“This is another exciting chapter in Reyes Holdings’ history, as we build upon our success in the Midwest to become one of the largest bottlers of Coca-Cola products in the United States. We have grown our business over the years because of our commitment to the communities we serve, and we look forward to continuing that practice in California and Nevada,” said Jude Reyes, founder and co-Chairman of Reyes Holdings.

Reyes Holdings is committed to working collaboratively with The Coca-Cola Company to implement a smooth transition with minimal disruption for customers, consumers and sys- tem associates.

Reyes Holdings, aligned with leading beverage and foodservice providers, delivers some of the best-known brands and widest variety of food and beverage items to retailers around the world. Annually, the company delivers more than 950 million cases of bever- age and food products from over 150 warehouses in North, Central and South America, as well as Europe, the Middle East and Asia Pacific. Reyes Holdings operations include Reyes Beverage Group, the largest beer distributor in the United States representing im- port, craft and domestic beer brands; The Martin-Brower Company, L.L.C., a global quick- service restaurant distribution business and the largest supplier worldwide of distribution services to the McDonald’s restaurant system; Reinhart Foodservice, L.L.C., one of the largest broadline foodservice distributors in the United States; Great Lakes Coca-Cola Bottling, L.L.C., a Coca-Cola bottler and distributor based in the Midwest; and Reyes Coca-Cola Bottling, L.L.C., a West Coast Coca-Cola bottler and distributor. Reyes Hold- ings is the 11th largest privately held company in the United States with more than 31,000 employees and annual sales in excess of $27 billion. For more information about Reyes Holdings, visit the company website at www.reyesholdings.com.

About The Coca-Cola Company

The Coca-Cola Company (NYSE: KO) is the world’s largest beverage company, offering over 500 brands to people in more than 200 countries. Of our 21 billion-dollar brands, 19 are available in lower- or no-sugar options to help people moderate their consumption of added sugar. In addition to our namesake Coca-Cola drinks, some of our leading brands around the world include: AdeS soy-based beverages, Ayataka green tea, Dasani waters, Del Valle juices and nectars, Fanta, Georgia coffee, Gold Peak teas and coffees, Honest Tea, Minute Maid juices, Powerade sports drinks, Simply juices, smartwater, Sprite, vita- minwater, and Zico coconut water. At Coca-Cola, we’re serious about making positive contributions to the world. That starts with reducing sugar in our drinks and continuing to introduce new ones with added benefits. It also means continuously working to reduce our environmental impact, creating rewarding careers for our associates and bringing economic opportunity wherever we operate. Together with our bottling partners, we em- ploy more than 700,000 people around the world. For more information, visit our digital magazine Coca-Cola Journey at www.coca-colacompany.com, and follow The Coca- Cola Company on Twitter, Instagram, Facebook and LinkedIn.

For more information, please contact:
Andrew Moyer
Edelman for Reyes Holdings Tel: (312) 240-3346
This email address is being protected from spambots. You need JavaScript enabled to view it.